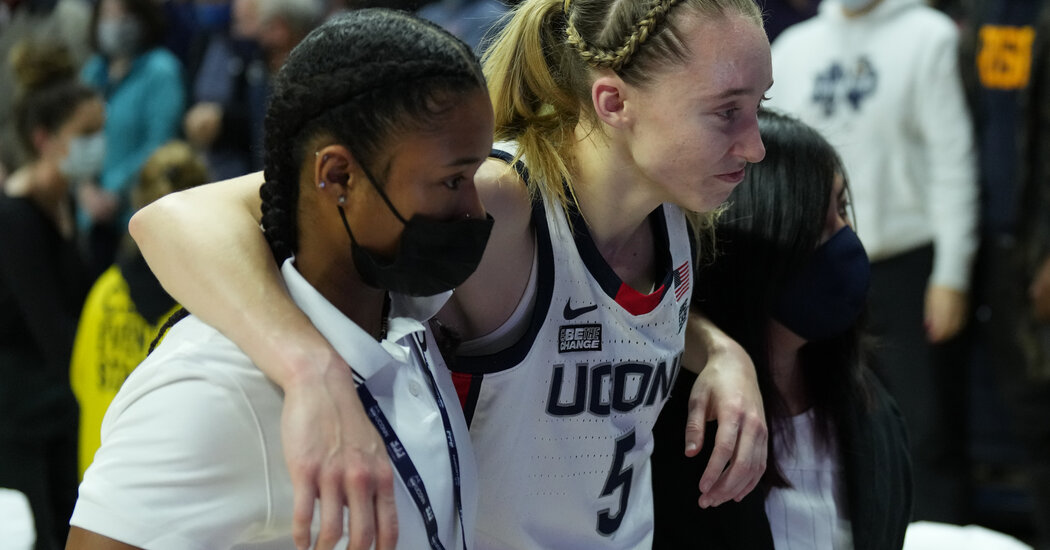 The Huskies will be without the best player in women's college basketball for up to eight weeks. With a win and a loss so far in her absence, it's difficult to say how they will fare.

Huskies guard Paige Bueckers was helped off the court after an injury on Dec. 5. Credit... David Butler Ii/USA TODAY Sports

NEWARK -- Last month, ESPN announced that ABC would broadcast a regular season women's college basketball matchup. It was a matchup featuring U.C.L.A. and Connecticut, the network assumed that Paige Bueckers, the UConn sophomore guard and reigning national player of the year, would be starring on the court.

But an hour before tip-off on Saturday, Bueckers was on the Prudential Center floor wearing a blue, gray and white UConn sweatsuit and a black brace that extended from her left thigh to her foot. She sat on crutches and spoke with coaches, teammates, and reporters.