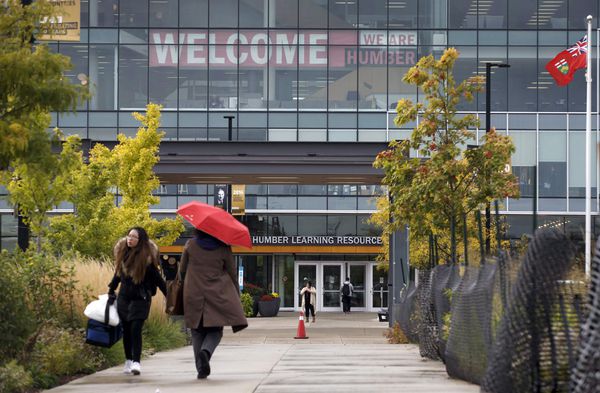 Update : The two sides agreed to binding arbitration Thursday night, ending the possibility of a strike.

Ontario college professors, instructors and other academic staff had threatened to go on strike as early as Friday if their demands were not met.

The prospect of a provincewide strike at Ontario’s colleges has been looming for months. Contract negotiations between the Ontario Public Service Employees Union (OPSEU) and the College Employer Council (CEC) began in July, and college employees have been working without a collective agreement since September. Negotiations stalled in November, and in February, OPSEU rejected the CEC’s final offer.

Who would go on strike?

More than 16,000 professors, instructors, librarians and other academic staff at Ontario’s 24 public colleges would have been on strike as of Friday at 12:01 a.m. A full work stoppage would affect some 250,000 students at schools such as Niagara College, St. Lawrence, Humber, Seneca, Fanshawe, Centennial, George Brown and Durham. Employees not involved in the work stoppage include part-time and sessional faculty, support staff and administrative employees such as deans, managers and executive assistants.

How would a strike affect students?

In the event of a strike, all in-person and online full-time program classes would be suspended. Some continuous learning courses might continue to run, so students should check directly with their college for updates. Students should also confirm the status of apprenticeships, co-op placements and other work placements.

Student associations have said that students are disappointed to be “caught in the middle of these negotiations” and worry their education will suffer. In an open letter signed by 15 student associations, the groups expressed fear that they will “see a repeat of the 2017 strike which left students feeling that the culminating weeks of their year were rushed and incomplete.”

That year, the Ontario government ended a five-week college strike by introducing back-to-work legislation. It was the first time in the 50-year history of Ontario colleges that striking faculty had to be forced back into the classroom.

What are the main issues in the strike?

The key issues for the union are instructor workload, contracting out faculty work and better job security and benefits for part-time faculty. Due to Bill 124, which caps public-sector wage increases at 1 per cent a year for the next three years, the union is not bargaining for additional compensation.

Meanwhile, the colleges say the union’s specific demands cannot be met because they would violate Bill 124.

What are the latest updates?

An hour before the midnight deadline, OPSEU and the CEC put out a joint statement: “The parties have reached an agreement to enter binding interest arbitration and the strike that was scheduled to commence at 12:01 am on March 18, 2022, is called off.”

Leading up to the talks, the CEC said it would agree to final offer arbitration, which allows an arbitrator to simply choose between one final offer or the other. “By insisting on interest arbitration to conclude this round of bargaining, the union has refused to recognize that the colleges have not asked for anything and have already agreed to many of the union demands,” the CEC said in a statement this week. “It is not lost on us that by stating it will accept interest arbitration, OPSEU is prepared to accept compromise if it is forced, but is unwilling to propose any on its own initiative.”

Who are the key figures?

On Tuesday, Ms. Dunlop said “students cannot afford a strike at this time. They’re finally back in the classroom, and that’s where they need to be.”

If there was a strike, what would happen to the already-disrupted academic year?

Postsecondary students have faced two years of pandemic disruptions: abrupt shifts to online learning, cancelled extracurriculars and the loss of social connections with their peers. After a year of online learning in the 2020-2021 academic year, many college students returned to in-person classes just this past winter semester, in 2022. If a strike occurs, colleges may decide to compress course material or class time or extend the winter semester.

After the 2017 strike, most colleges extended the winter term, and some added another week to the following spring semester to make up for the time missed during the labour dispute, delaying graduations. Ten per cent of full-time students withdrew from their courses, with many believing they would be better off trying to re-enroll in their programs rather than risk their grades falling. Students who withdrew were able to receive tuition refunds and could also apply for as much as $500 in grants to cover additional housing or travel costs.

With files from Canadian Press

Our Morning Update and Evening Update newsletters are written by Globe editors, giving you a concise summary of the day’s most important headlines. Sign up today .