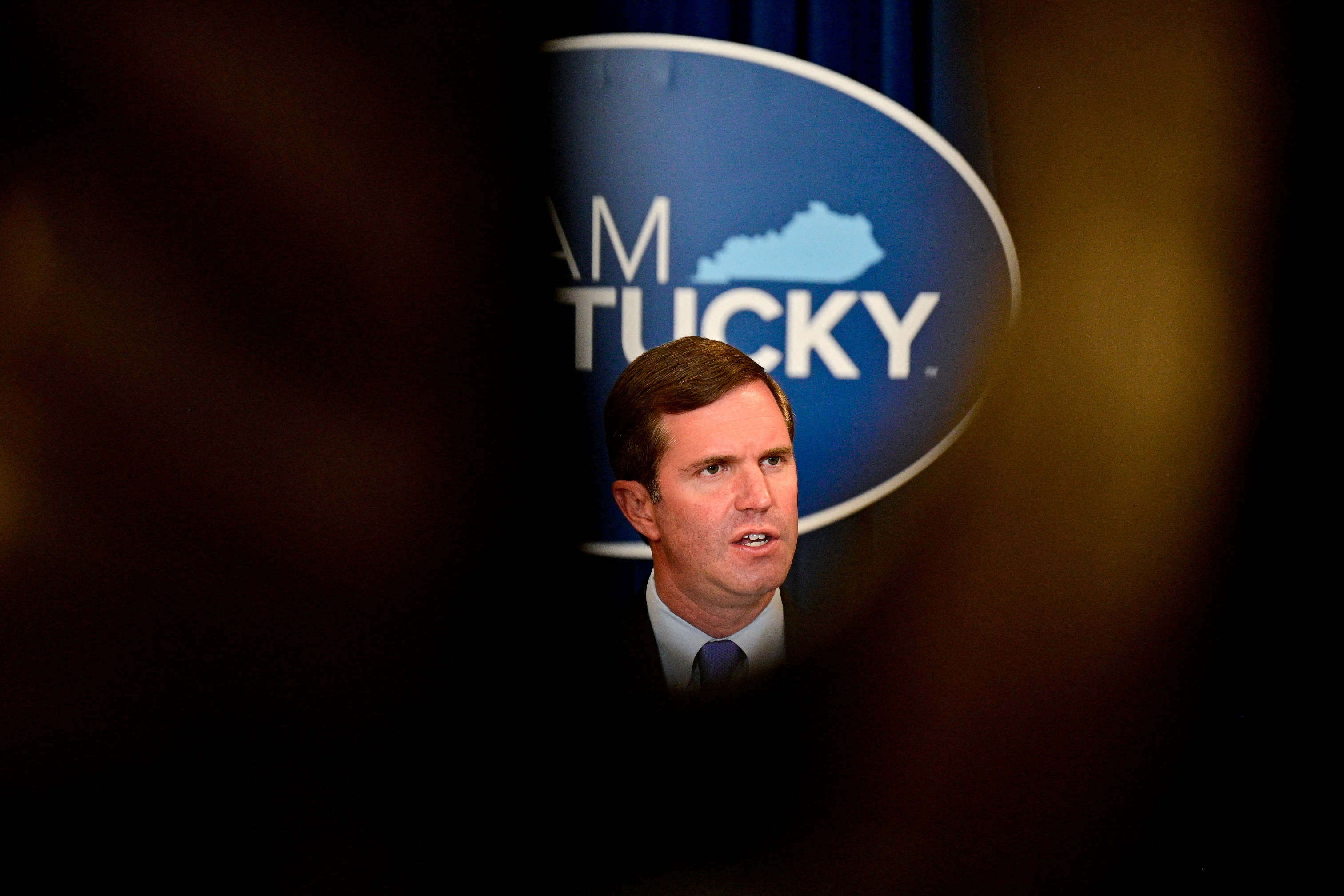 Kentucky's Democratic governor, Andy Beshear, speaks during a memorial service for those who died from the coronavirus disease (COVID-19), held on the Capitol grounds in Frankfort, Kentucky, U.S., November 14, 2021. REUTERS/Jon Cherry/File Photo

April 6 (Reuters) - Kentucky Governor Andy Beshear on Wednesday vetoed a bill passed by the state's Republican-dominated legislature that would have banned transgender girls from participating in girls' sports from sixth grade through college.

The bill is one of several passed in conservative states in recent weeks by lawmakers who say that those born male would have an unfair advantage on the playing field against those born female.

Beshear, a Democrat, said in his veto message that the Kentucky High School Athletic Association had policies in place that would prevent any unfair advantage, including requiring that athletes be formally gender-reassigned in order to participate in sports in a gender other than the one they were assigned at birth.

The ban passed by the legislature, he said, offers no example of unfair advantage by a transgender student, and "most likely violates the equal protection rights afforded by the United States Constitution because it discriminates against transgender children."

Beshear also pointed to vetoes of similar bills by Republican governors in Utah and Indiana. However, the Republican-dominated Utah legislature overrode its governor's veto, and the Indiana legislature will hold a similar vote next month.