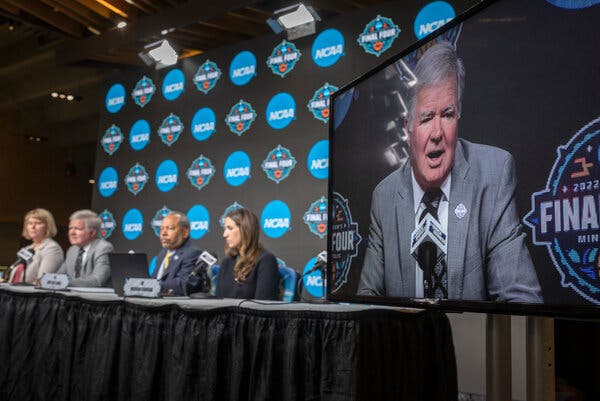 An idea that has bounced around college sports for years will not be used for at least another decade. 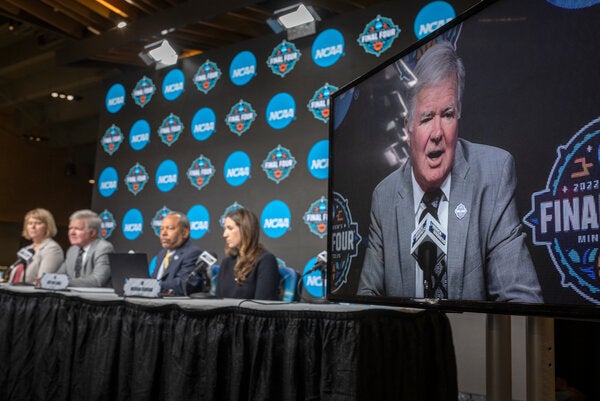 N.C.A.A. leaders, including the organization’s president, Mark Emmert, on the monitor, at the women’s Final Four on Wednesday. Credit... Elizabeth Flores/Star Tribune, via Associated Press

MINNEAPOLIS — Separated by about 1,000 miles and decades of fragmentation, the N.C.A.A. will stage an eight-team, four-day, two-city carnival of college basketball starting on Friday.

It is the way it has always been for Final Fours. And despite all the changes after last year’s uproar over inequities between the N.C.A.A. men’s and women’s tournaments, do not expect that approach to shift for at least a decade.