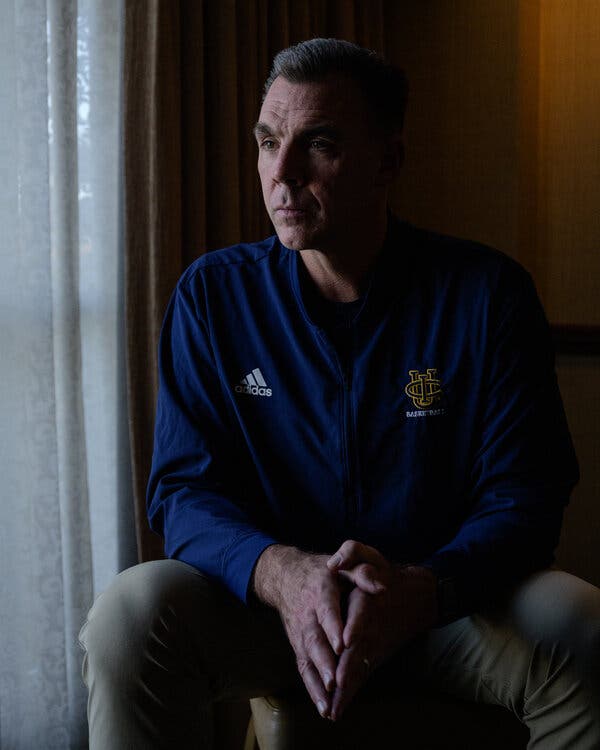 IRVINE, Calif. — Russell Turner was on top of the world three years ago when he eased into a chair in front of a microphone. Sure, the men’s basketball team he was coaching, U.C. Irvine, had lost decisively to Oregon in the second round of the N.C.A.A. tournament. But the Anteaters had won a school-record 31 games that season, including their first tournament victory with an upset of Kansas State. There was also interest from Pac-12 and Mountain West Conference schools about hiring him.

And then Turner opened his mouth.

“Yeah, I’ll tell you,” Turner said with a laugh when he was asked about his conversation with the standout Oregon freshman Louis King in the postgame handshake line. “I was saying, double team ‘Queen,’ to try to see if I could irritate him. And I did.”